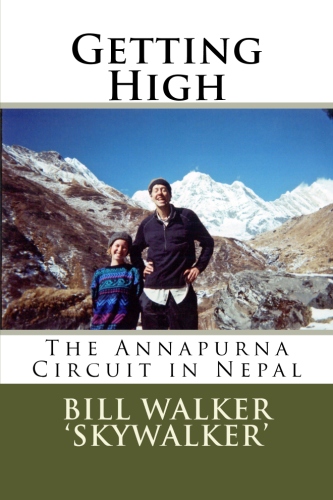 “It’s all about acclimatization,” trekker after trekker advised me in the run-up to my trek on the Annapurna Circuit in Nepal. Indeed, they were correct.

The Annapurna Circuit reaches 17,768 feet at Thorung La Pass. Except for the summit day, in which trekkers begin their ascent at 4 a.m. at 15,600 feet and climb almost 3,200 feet by early morning (to avoid the harsh late morning winds), the trek is not particularly difficult. However, there is the issue of elevation.

For the average person, this is probably as high as they will ever have the opportunity to get. That included myself. But high elevations encompass a whole slew of problems. Most of were taking altitude pills (although there was heated debate as to how desirable they were). But the altitude issue really kicked in after taking an acclimatization day at just over 13,000 feet. The two days before I summited, I had a cracking migraine, in addition to being unable to sleep at all well due to the nighttime cold in the Himalayas. However, I met many trekkers (lots of Aussies!) who had gone on acclimatizing treks in the Indian Himalayas before ever arriving in Nepal. From what I saw, they were well ahead of the game, and I encourage other Annapurna Circuit trekkers in the future to consider taking the opportunity to do both treks while in this part of the world–first in India, then Nepal.

Bill Walker is the author of Getting High–The Annapurna Circuit in Nepal. He is also the author of Skywalker–Close Encounters on the Appalachian Trail, Skywalker–Highs and Lows on the Pacific Crest Trail, and The Best Way–El Camino de Santiago.