Posted by skywalker on December 6, 2018 in Books by Bill Walker | 0 comments 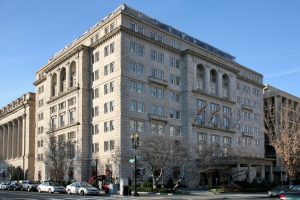 Setting out on an Appalachian Trail hike can be one of the most exciting things you ever do. Presumably, you’ve done your preparation, gathered a group together, and laid out your route. That moment – with nothing but the excitement of the trail and beautiful wilderness ahead of you – can be uniquely exhilarating.

Because of this, it’s fair to say that just about every voluntary hike through this part of the country starts off well. The hike itself can be just as exciting, and particularly if you’re the type who already enjoys the outdoors, every moment can be special. Even if you love it however, it’s a trying experience. You may be cold or uncomfortable at times, a bit dirtier than you like, or simply tired of long hikes and strenuous physical activity after a while. There is after all an endurance aspect to the whole concept of extensive trail hiking! This is all the more reason, however, to focus on how you bookend the hiking – or, more simply, what you do when you’re done.

For that, we have a few suggestions for ways to make sure that your hike ends in as thrilling and appealing a way as it began.

1. Plan A 4th Of July In Asheville

The mountains of North Carolina are toward the southern end of the Appalachian Trail, and offer a few lovely towns to stay in at the end of a journey. But to make things even more special and relaxing, we’d recommend aligning your time in town with a particular holiday or celebration. The specific idea is to plan to wrap up your trip in the days leading up to the 4th of July. Asheville, North Carolina has a wonderful Independence Day celebration that allows you to rent a cabin or Airbnb and witness fireworks over one of the more charming towns in Appalachia. Not a bad way to let your body rest after all that time out on the trail!

This may seem like an unusual idea, but when you think about it there are few nights on the American calendar more indulgent than the night of the Super Bowl. So, if you have any interest in the sport or event, you might want to prepare to conclude your hike somewhere you can throw a Super Bowl party, relax, and treat yourself. Many people throw Super Bowl parties, either in late January or early February depending on the timing of the game in a given year, which means you’ll have to plan accordingly. Naturally this will mean hiking in colder weather, but for some people that can be part of the fun. And it’ll make hot dips, nachos, and whatever else you have at your party during the big game that much more enjoyable.

The idea of staying in a major city is somewhat antithetical to hiking along the Appalachian Trail. After all, part of the point is getting away from it all and exploring outside for a while. That said, some of the middle and upper portions of the trail brush quite close to some major American cities, which means you can map out a route that ends within close proximity of relaxing luxury. The trail goes particularly close to Washington, D.C., where renowned luxury hotels have long been part of the appeal for visitors. Coming fresh off the trail, getting cleaned up, and staying in a place like the Hay-Adams or The Jefferson can help you to enjoy the relaxation and refreshment you need after a multi-day physical challenge.

4. Drift Down A River

Here again, we’re primarily talking about the southern portion of the Appalachian Trail, where some of the rivers in North Carolina, Tennessee, and even northern Georgia are ideal for recreation. Something like rafting or boating may require a little bit more physical effort than you want to put out at the end of a long hiking trip. However, if you find a place to stay near one of these rivers and then find a place to go tubing, you’ll be in for a treat. Provided you’re not dying to get inside, there isn’t much better than cool water and a relaxing tube drift after conquering the trail.