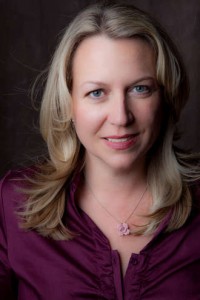 Hikers are serious people. No, they aren’t serious in the Mitt Romney, Donald Trump, or Bill Gates way. They have a different focus. It’s a broader one–theGreat Outdoors.

Hikers, pilgrims, and of course, outdoorsmen and outdoorswomen don’t like to be confined inside for too long. Their central nervous system thrums at a higher pitch when engaged deep within wilderness, scaling peaks, or perhaps even slogging dutifully through the desert. They seek difficulty. The sedentary lifestyle isn’t even remotely a temptation; they live for the moment when the shotgun is fired.

But then there is the rest of us. We are the people on the fence. Quite frankly we could go either way. If we watch an episode of The Love Boat, we are going to want to go on a sedentary cruise. But if we read Into the Wild, by Jon Krakauer, our better, more intrepid, angels come to the forefront. We are suddenly ready to break out of our comfort zones and head into the wild. These marginal cases (such as myself) are the ones who are heavily influenced by popular culture, books, etc.

Thus the importance of outdoor narratives and outdoor writing in general. Of course, American history is rich in it, ranging from Henry David Thoreau, to John Muir, to James Fenimore Cooper. In some ways, the epic of the West is America’s own epic.

This same dynamic seems to be at work with America’s hiking trails. In 1999, the renowned travel writer, Bill Bryson, published his Appalachian Trail memoir, A Walk in the Woods. This zany tale of two middle-aged men blundering up the famed Appalachian Trail immediately served to ratchet up the trail population. Graphs show a bulge of thru-hikers around the turn of the century. Sales of this book now number well into the millions; in fact, it has served to increase the number of foreigners on the AT, especially Brits, in whose country Bryson is virtually a national hero for his boorish depiction of his compatriot Americans.

In 2003, a well-known German comedian, Hape Kerkeling (‘The David Letterman of Germany’0, walked the Camino de Santiago. He was greeted by curious German well-wishers all along the way. Despite skipping large sections of the Camino and often staying in luxury hotels instead of albergues, Kerkeling wrote a memoir, ‘I’m Off Now’, that has sold over 3,000,000 copies in Germany alone. This also served the purpose of sharply ratcheting up the number of Germans on the Camino, to the point of bypassing the number of French pilgrims for the first time since the Middle Ages.

The latest smashingly successful hiking memoir, Wild, by Cheryl Strayed has taken American readers and Hollywood by storm. This inimitable story of a young women who headed off into the Wild West alone attempting to hike the 2,663 mile Pacific Crest Trail. It is a classic female hard-luck story, with a healthy dose of spiritual tonic thrown in. Mrs. Strayed’s vivid writing style has engaged a wide variety of readers; better yet, she has shone the spotlight on America’s most gorgeous national scenic trail, The Pacific Crest Trail.

The writers of these three outdoor memoirs have done yeoman service for us all. Modern society is regrettably chock full of depression, anxiety, and obesity. The more people that undertake strenuous activities outdoors, the better off we all will be.